Some frequently used tests appear in multiple versions within the scholarly literature and the PsycTESTS® database. You may see versions that have been revised or updated, shortened or abridged, modified for different age groups or populations, translated into new languages, and more. In PsycTESTS records, the Other Versions field links to and describes alternate forms of the test that are included in PsycTESTS. If you’ve found a test you’d like to use or cite, it’s a good idea to quickly check the Other Versions field to make sure you’re using the best version for your research.

This is an example from APA PsycNET®. The Other Versions field is near the top of the record, and in this case lists Translations. 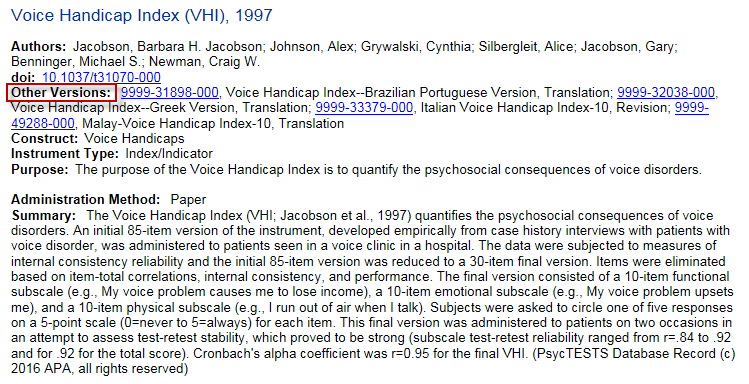 This is an example from EBSCOhost. The Other Versions field is near the end of the record, and in this case lists Original, Revisions, and Translations. Note that EBSCOhost does not link to other versions. You can copy the Accession Number, which is listed first, or Title and run a new search to find these other versions in PsycTESTS.

This is an example from Ovid. The Other Versions field is near the top of the record, and in this case lists Original and Revision.

This is an example from ProQuest, which shows a Revision. Click Show more to see the Other Versions field. 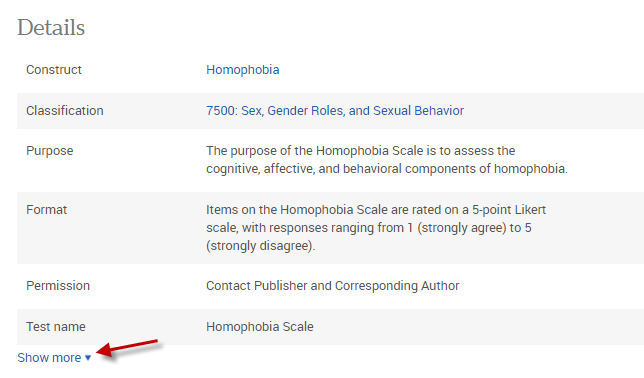 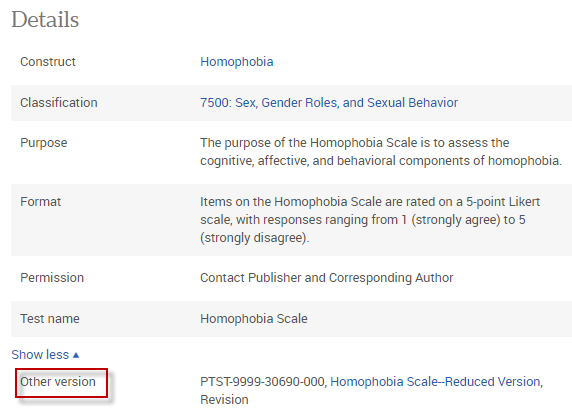 Each Version of the test originated with a published article. Once you’re viewing the PsycTESTS article for the version you’re interested in, look for the Reported In or Source field to identify the article and read more about how and why the version was developed. If you’re not sure how to find the full-text of the original article, ask your librarian for help.