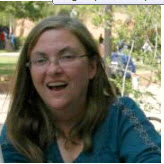 For the few of you who may not have encountered it, the TMdb indexes tests and measures that have been published in books. Years ago, Helen found many of the students she worked with struggling as they tried to find tests they needed for research. To help them, she began going through books with tests on her own, indexing the location, and posting the information for them on the Internet. Once it was on the web, other librarians and students, similarly frustrated, found it and began to make use of it themselves. END_OF_DOCUMENT_TOKEN_TO_BE_REPLACED